Cinematic Duration as Violence across Cinematography History and Samples

This article focuses on the aesthetic element of the cinematographic image defined as duration, intended as the finite length of time of individual shots on the screen, and it investigates its function in regard to depicted violent and nonviolent actions in cinema.

This investigation aims to reveal the reason for which duration is an effective tool to affect the spectators on a physiological and psychological level. The methodology used for this purpose begins with compositional interpretation – a method focusing on the image itself, paying attention to its composition and mode of  productions – and develops within Laura Marks’s radical formalism, for which, according to Gillian Rose, an image “goes beyond representation and towards a trace of an originary event.” Central to my analysis of
the link between shot duration and violence are those works causing a physical reaction in the audience, as for instance the Lumière brothers’ Arrival of a Train at la Ciotat (1896), Bela Tarr’s Satantango (1994), and Gaspar Noé’s Irreversible (2002), which, according to the BBC, has caused physical and psychological disturbance to a considerable number of its viewers during its premiere at the 55th Cannes film festival. 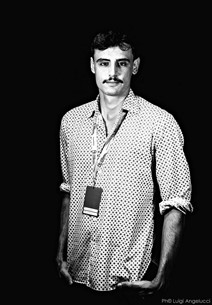