Motion pictures can be improved by applying higher frame rates (HFR) offering significantly more temporal visual information compared to the standard 24 frames per second in both image acquisition and reproduction. Fluid motion renderings are achieved, and unwanted motion artifacts like judder or strobing are reduced.
On the other hand, the specific aesthetics of HFR can influence the perception of cinematic storytelling fundamentally, especially in fiction films. At the conference “Reaching Out” in Lisbon (11- 2021, IMAGO Educational Committee), cinematic test footage of three research projects was presented that illustrates and compares essential aspects of HFR aesthetics for cinematic motion pictures and the influence on the perception of motion. This footage represents the current state of research in this matter at Hochschule der Medien, Stuttgart. It provides an insight into the methodology of its creation and illustrates the significance of HFR aesthetics to the art of cinematography and storytelling.

Stefan Grandinetti is Professor for Cinematography at Hochschule der Medien, Stuttgart. He has worked as camera-assistant in international feature films (Enemy at the Gates, Resident Evil, Luther, …) and graduated
with summa con laude in Cinematography at HFF “Konrad Wolf ”, Potsdam-Babelsberg in 2003.
He has worked as a freelancing cinematographer based in Berlin in the fields of documentary, feature film, and commercials. His films have received numerous awards at international festivals: Testimony (Prix Europa), Life Goes On (Emmy Int.), Rain Is Falling (worldwide), The House Is Burning (Certain Regard), …
In 2010, he was appointed Professor for Cinematography at HDM-Stuttgart in the department Electronic Media to teach arts and technologies and to lead students’ film productions.
He is the founder of the “International Cinematography Days, Stuttgart” and the HdM institute “Visual Media Lab” aiming to research arts, technologies, and literacy of cinematography. His fields of research are cinematic “High Dynamic Range” and “High Frame Rates”. Stefan Grandinetti is a member of the German society of cinematographers (active in the working group HDR), and he is an active member of the IMAGO technical committee (ITC) and educational committee (IEC). 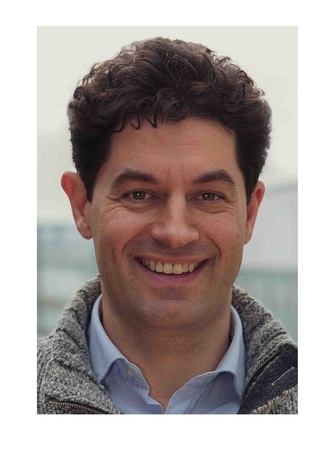