A Taxonomy of Movie Colors for Studying the Origin, Transformation, and Composition of Color Elements

Film images have always been complex compositions of a multitude of color elements. However, with the  digitalization of movie production, the complexity of color compositions, and the number of color elements coming from different sources, as well as their transformation during the creation process, has increased enormously.
To account for this evolution in visual aesthetics and storytelling, a taxonomy for the analysis of color in film is proposed in the context of the different stages of the production process and their specific dimensions.

Katja Schmid is a full-time professor for visual effects and postproduction at Stuttgart Media University. She holds an MFA in cinematography from the Babelsberg Film University and has worked on more than 50 media
productions for film and television, among them Beyond the Sea, The Bourne Supremacy, and the award-winning documentary Aufbruch ’89. She has curated several conference tracks at FMX and VeGA Camp. In 2018 Katja founded the Visual Media Lab Research Institute in Stuttgart. Her current field of research is color for storytelling. 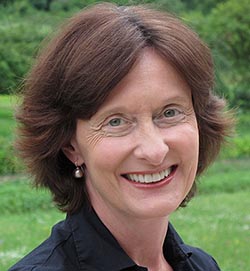 Published
2022-01-10
How to Cite
SchmidK. (2022). The Color’s Journey: A Taxonomy of Movie Colors for Studying the Origin, Transformation, and Composition of Color Elements. Cinematography in Progress. Retrieved from https://cinematographyinprogress.com/index.php/cito/article/view/111
Download Citation
Issue
2021: Conference Reaching Out
Section
Articles
Information
Make a Submission
Browse