Affective space: a conceptual and practical approach to cinematography

This article seeks to provide a theoretical justification and context to the understanding of cinematography as affective space, both in the aesthetic effects in the film image and in how this understanding can inform a specific approach to cinematography in experimental camera practice, with a potential application to larger film
productions. Affective space, as this article argues, depends on a film’s aesthetic impulse against the seamless impression of reality; the notion of affective space rests on the assertion that the aspects of the filmed reality and the aspects of the camera (such as framing or depth of field) merge into a single two-dimensional surface in the moment of capture, and that these two sides are inseparable on the level of the image, forming a new aesthetic reality, which has the potential to transform and partially abstract a sense of representation of ordinary space. The notion of affective space synthesises various sources in film theory and ontology, but then applies these concepts through film practice, leading to the development of new cinematographic techniques. Affective space represents an understanding of film developed through a wider AHRC-funded practice research entitled Affective Cinema, and relates to Deleuzian affect theory and Marks’s haptic visuality. This article explains the conceptual field surrounding affective space, and then presents a set of experimental methods and insights resulting from the practical application of the theory. In this way, the underlying research transcends the division and distinction between theory and practice.

Pavel Prokopic is a filmmaker and researcher, currently working as a lecturer in Film Production at the University of Salford. Pavel completed an AHRC-funded practice research project entitled Affective Cinema, which won him a PhD and the Award in Creative Media Research. As an independent filmmaker, Pavel has written and directed several dramas and experimental projects, and worked as a freelance cinematographer in
London. His work has been widely published, exhibited, and presented, including in FACT in Liverpool, Grosvenor Gallery in Manchester, and Victoria & Albert Museum in London. For more information, please visit pavelprokopic.com. 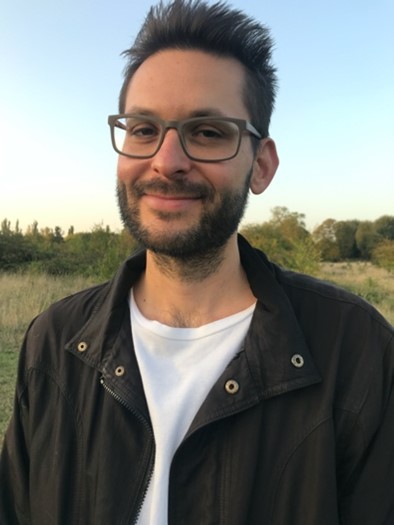